Trileptal is an anticonvulsant used to reduce the occurrence of epileptic episodes and bipolar disorder. In Romania, in September 2016, Trileptal was notified by the Marketing Authorization Holder (MAH), Novartis Pharma GMBH, for permanent discontinuation due to commercial reasons, such as claimed low price and consequent lack of profitability. In order to stay on the market, the MAH insisted on getting a higher price.

When an MAH notify a withdrawal in Romania, they must legally continue to supply for 12 months still (under the Public Service Obligation (PSO)). Therefore, in September 2017, Trileptal was no longer marketed by the MAH, and Romanian patients no longer had access to it.

Immediately after parallel imports took place, the original MAH decided to re-enter the market in May 2018, frustrated that the strategy had not led to an increase in price or an export ban. Rather parallel importers had proved to the authorities, that the MAH was motivated by a profit-maximizing strategy – not one of market conditions.

The MAH in its notification letter promised only to supply until the end of 2018, which again can be seen as a clear indication that they would consider to re-withdraw. In the meantime they ensured that parallel imports were no longer possible from a competition point of view. But pending the threat that parallel importers would re-enter the market if Trileptal was re-withdrawn, the MAH has now kept on the Romanian market ever since May 2018.

A great win for patients thanks to the existence of parallel import!

The letter of notice from Novartis can be found here. 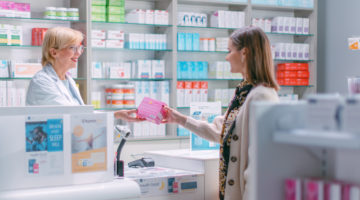